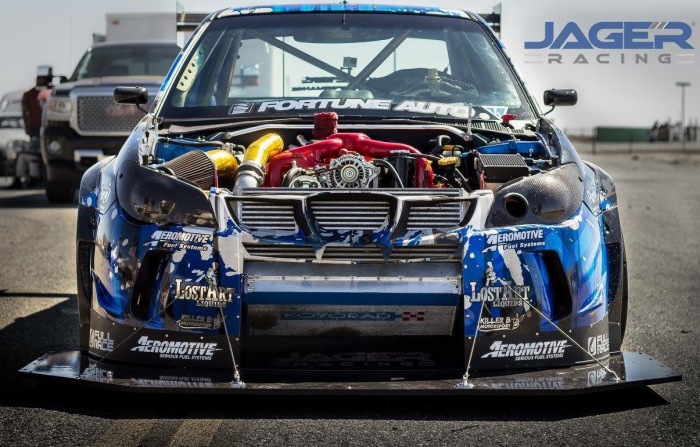 Since Global Time Attack Super Lap Battle ended in November of 2015 we had a new motor to build and improvements to make. First we found that our APR GT-1000 wing has a bit more effect than our old GT-250, so we had to reinforce our wing mount to withstand the forces produced.

Paul Leung of Yimi Sport Tuning offered up a design that would produce a high strength solution with minimal weight penalty. Next, we also had to improve our splitters mounting situation as when it was completed for SLB it was very much a temporary solution which we wanted to address. So once again Paul reached into his bag of tricks and developed a very classy, strong and light solution to ensure our enormous splitter designed by Rami and built by Wasp Composites will live a long life on the car.

In the meantime we worked with Killer B Motorsports and their Sleeved EJ motor, we opted to have it O-ringed to ensure that our JE Pro Seal gaskets got the best seal possible. We then had our man at Flat Performance Gil Martin and Peter from Renner Race Development build us an amazing long block utilizing JE Pistons, GSC Billet Cams and a plethora of other goodies. I cannot thank these guys enough for the time and energy that they put into this motor to get it completed in time.

The last week leading up to the event was a fury of ups and downs leading to every member on the team totaling about 5 hours of sleep in multiple days. On occasion people went to their day jobs, then came to work on the car and then left just in time to shower and then go back to their day jobs without any sleep at all.

All of this pushed our tune time back until Friday night (some of you may have caught our live feed on Facebook). Paul was able to push the Borgwarner 9174 EFR turbo to make 670whp making for an extremely happy 2 am dyno session! The fuel provided from the Aeromotive Eliminator fuel pump to our Fuel Injector Clinic 2150cc injectors was more than enough to keep the tune at a safe and reliable level. Then we loaded the car up in excitement ready for our first track day of 2016. 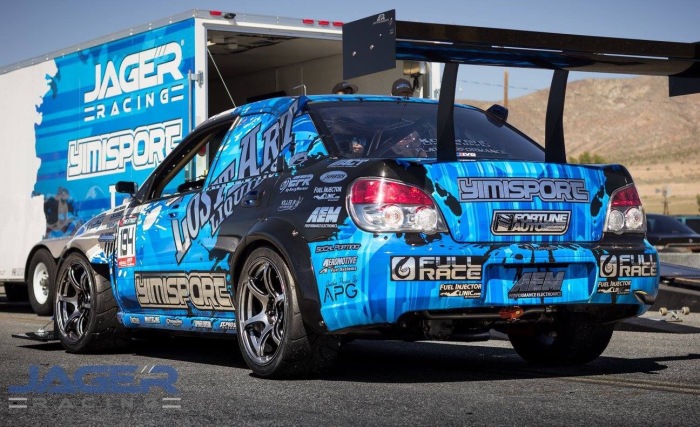 So with a full 3 hours sleep under our belts we set off to Redline Time Attack Round #1 at Willow Springs Raceway. We settled into a groove and got the car prepped and ready for our first practice session, with everyone on the team full of excitement and a gallon of energy drinks I ran out for our first laps. These first few laps were mainly just exploration laps but it was hard to hold back the excitement from having a running breathing car that was ready for action.

Even though we were concentrating on the gauges and just making sure everything was as it should the lap time was still positive with a 1:27 a far cry from where we would want it at the end of the day but still. After returning to the pits the smiles on everyone’s faces were absolutely immense as they let out huge clouds of Lost Arts Liquid vapors ;), when you have put so much effort, time and energy into a project like this to see it all work out is just priceless. But now the hard work starts all over again being that we now know the car is good, now it was time to go fast.

This starts by taking the data off of the AEM AQ-1 data logger and off the Cobb Accessport. With this Rami and Paul can go to work analyzing to figure out what we can do to alter the car to improve our times. Alongside this I give my driver input to Ken Kasitz of Koherent Chassis Workz so that we can improve on our Fortune Auto coilover setup. With changes being made on the engine management, suspension and the aero setup we went out for another run to see what the changes would make. This time we didn’t actually register a lap time based on what we were trying to get accomplished but the car was faster that was certain. Next we started to get the tire pressures dialed in, we had already been bleeding them off especially in the fronts.

Then we went out for the first Time Attack session, now at this point we were feeling pretty good about the car and its abilities. But one thing started to come up, for some reason we started to lose boost. After another practice session we noticed on the log that we were 8psi down on boost and we started looking for trouble. Ken was able to figure out that we had 2 of our 4 uppipe studs go missing which was letting the exhaust escape before reacting the turbo causing us to lose boost pressure. Now there was only 3 problems first we only had about15 minutes before the final Time Attack session of the day, second being we did not have any spare studs, and 3rd it is a bit difficult to get to that area. So we did what anyone else would do, just tight the hell out of it all and hope for the best. 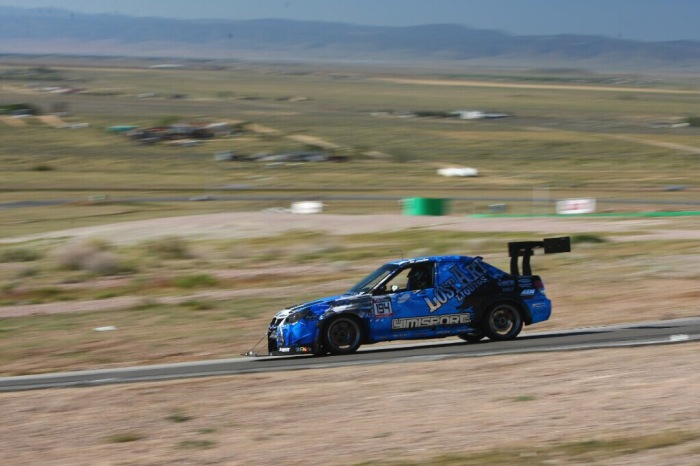 Then we went out for the final TA session of the day hoping to get the elusive AWD Modified TA record that has stood for years held by JC Meynet and his iconic Subaru. The cars handling was amazing and even though the power was not all quite there coming down the front straight I could feel that the time was going to be there (usually I would know but in all the chaos I had forgotten my in car timer). Once we were back in the pits Rami confirmed through the AQ-1 that we had succeeded in breaking the long standing record and I think everyone on the team was able to breathe a sigh of relief. Although it was basically a shakedown for the car we had high hopes and wanted to see how far we could push. Being able to really get a chance to drive the car really gave me the opportunity to appreciate the OS Giken front and rear diffs, they made a huge difference in the acceleration out of turn 2, allowing me to really push the car even on old tires. 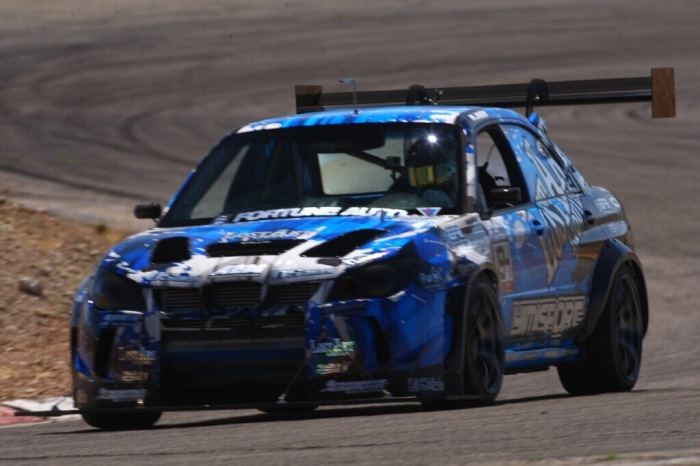 A new record now stands at 1:23.129… but now we have the overall record in our sights! The car still has much development to come and more parts to be added but this was the start with a bang that we were looking for! 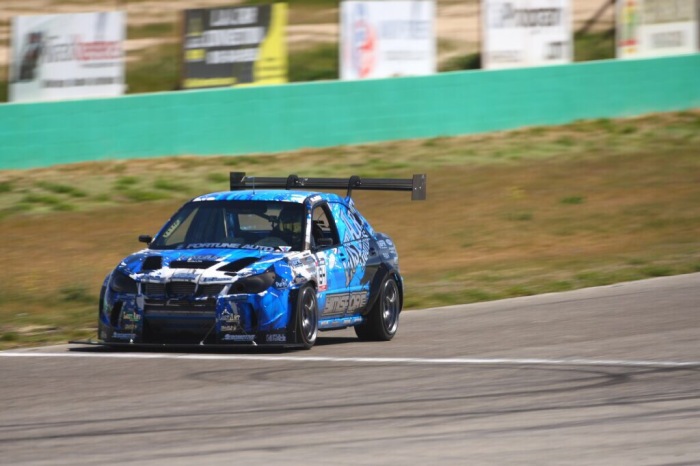 Huge thanks to all the team for making this possible, hard work and dedication pays off! 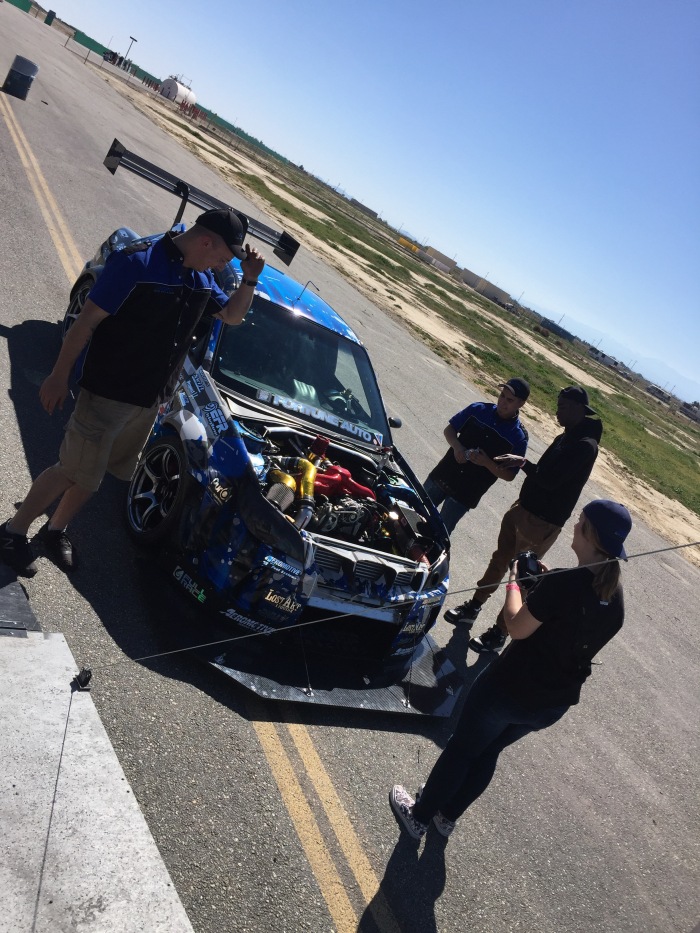