So now we are in the second week of November 2015 we are working our way towards getting the car complete for Global Time Attack Super Lap Battle. At this time we have already ruled out the idea of actually finishing our aero package to the dismay of Rami (team aerodynamics engineer). Although Wasp Composites was able to build us a brand new  and enormous splitter. This was built to counter act the forces that were provided by APR Performance’s GT1000 dual element Swan neck wing.

You can see here the difference in surface area in comparison to the splitter we had been using for the last few years in street class. Wasp through with the use of Rami’s design also integrated replaceable rub strips into the design. 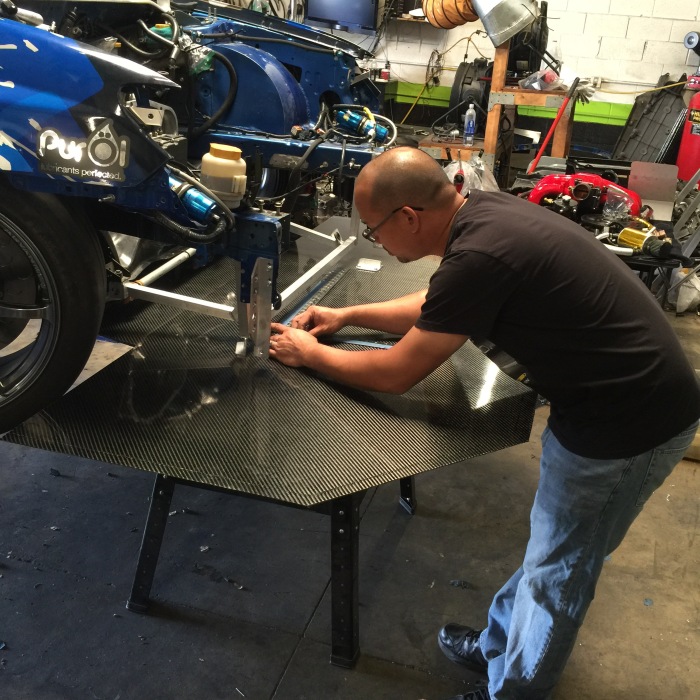 Of course Paul was then set to the task of securing the new massive splitter to the car while attempting to keep the structure as light as possible.

Here is the APR wing although this was borrowed from my friend Richard being we had been using the GT250 wing prior. Although now we have our own GT1000 mostly because Richard kinda wanted his back.

Ken of Koherent Chassis Workz also needed to get to the car and get the suspension set up. Koherent chassis workz  partnered up with Yimi Sport to provide the ability to align and corner balance any car to the owners liking; this gives Yimi Sport the ability to not only tune your engine but you chassis as well. 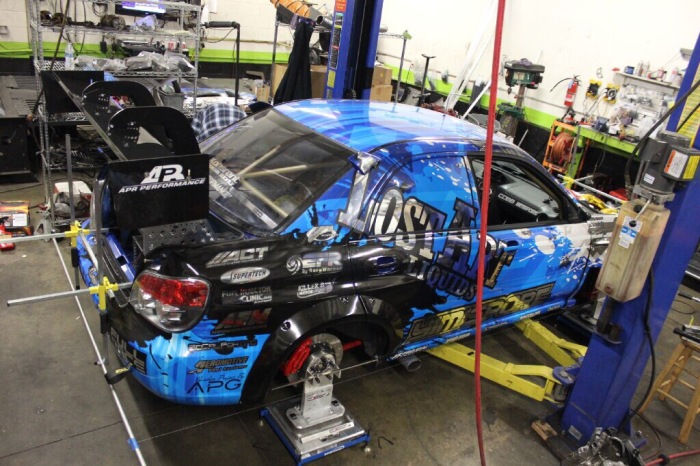 Plus a good look at those Yokahama RGIII wheels.

Now one thing that I neglected to mention in the last article was that when we went to install the second motor into the car he weekend before SLB between the rush and the lack of sleep a plug on the back of the motor was forgotten and on startup it released the fury of oil hell onto our ACT Clutch. Now we thought we might of been able to get away with just cleaning the clutch disc and reinstall it but it wasn’t the case. Although we did not find this out until the day before SLB when Paul was able to get the car on the dyno…..

Luckily for us ACT came through for the second year in a row and provided us with a new clutch disc in a matter of hours! So while we were waiting for the clutch to arrive the guys got started on removing the transmission and were able to get the new disc in ASAP! 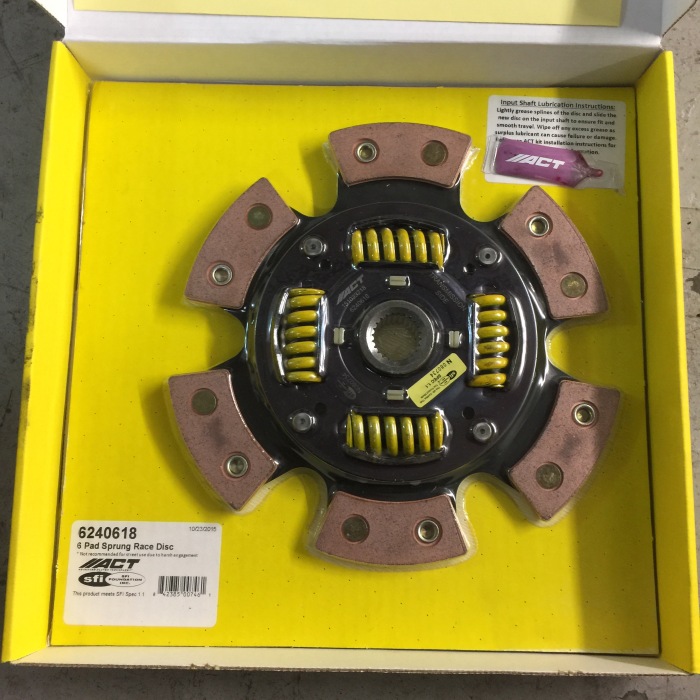 Now once again the car was fired up and placed on the dyno to allow Paul of Yimi Sport Tuning the opportunity to make some power! As he slowly eased into the car and pressed it further and further we started to identify another issue. The issue was a misfire, first we begin by checking the ignition system by changing out a coil pack. Once this was accomplished and the problem persisted we then knew we had a fueling issue. This fueling issue ended up being a clog in an injector. Now we came to the conclusion that when we installed the Pyrotect fuel cell, Aeromotive lines, and other pieces to the new fueling system we must have not cleaned it out well enough after all our cutting and fitting. With great frustration we ended the dyno session with the car only making 550WHP.

So now after a year of building, a year of giving up ever minute of spare time, missing out on every other event we wanted to make throughout the year, we finally had a running driving car! Although it is 1 am on the first day of Super Lap Battle and we still needed to load up the car and get to Buttonwillow Raceway, the funny part was that we actually had rooms reserved at a hotel as if we would be able to actually sleep in them. We finally made it to the hotel just in time to walk in shower and lay our heads down for one hour before we had to be up and ready to run!

You may notice the Subaru is like most of the typical subie crowd vaping up with some Lost Art Liquids out of the breather haha.
Here is our video of the event recorded and edited by Collin Chappelle a very talented a hard working videographer.

Now during the event our struggles didn’t end,  with so many new components on the car and untested items (remember we hadn’t even done a test lap yet) we knew we would run into issues. Although we were very surprised with how well the car felt balance wise; the new Fortune Auto coilovers with Swift Springs, OSGiken Diffs, Wasp Composites and APR Aero made the grip on the car absolutely amazing! With the Yokohama RGIII wheels and Juggarnaunt flares we had no rubbing issues and were able to really focus on some small adjustments.

Now we ended up in a scenereo where Paul and Rami’s design for the front aero actually was overcooling the car as we were barely able to keep it over 140ect. Now this isn’t a completely terrible issue but still an issue nonetheless.

Now for the big issue… Which was our blowby issue, the motor spitting out 2-4 quarts of oil every session, which for us a session was a warm up, hot lap and then a cool down. This brought up a very interesting issue which was trying to contain all this oil. We had to catch all of this oil as to not spray it all over the engine bay and cause a fire.

We spent the majority of the first day of slb figuring out how to make the car drivable basically turning one real lap as all others were basically going out and directly back in. On the first and only real lap turned I also figured out really quickly that our ABS was no longer functional. Although at first I wasn’t sure if it was that or if we had oil on the tires but it turns out to be a lot of both. If any of you happened by our pit they instantly saw how much oil was all over the pit area.

The second day started with the understanding that each time I hit the track I will only get one lap to get it done. The day before I ran a 1:50 which funny enough was slower than our time the year before by .1. Now I go out and was able to really get into the car and lay down a 1:48 which was definitely an improvement but I knew there was much more in the car. Now I went out again although due to a mishift and traffic the lap was abandoned. The last ditch effort went out and the entire team was eagerly awaiting the results.

Without a doubt the pressure was on and thankfully I was able to deliver well at least to some degree and ran a 1:46.906 which was good enough for a podium spot. Now understand after my one lap (for a grand total of 3 hot laps in 2 days) the oil pressure began to fade and got to 0 which as soon as I saw that I shut it down and got a great seat to watch the rest of the session sitting on track right before bus stop. 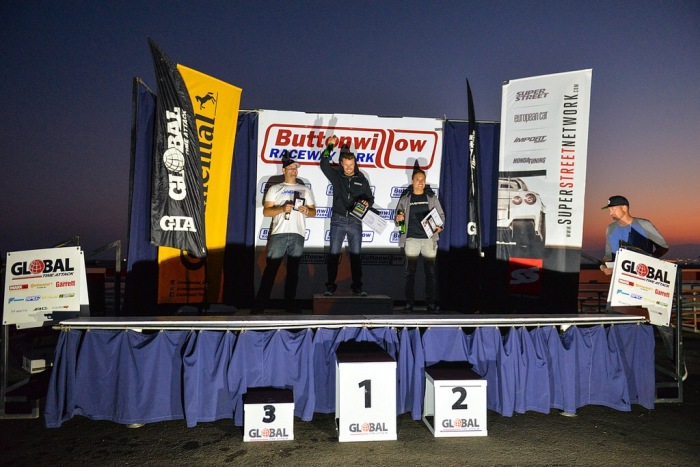 Overall it was a true testament to the dedication and willingness of the team to push through the difficult situations that was put before them and without a doubt they surpassed all expectations.

I appreciate and love every single one of these guys for all their hard work and amazing talents. Thank you Paul, Rachel, Gil, Alex, Oscar, Aaron, Rami, Ken, and Collin for everything. 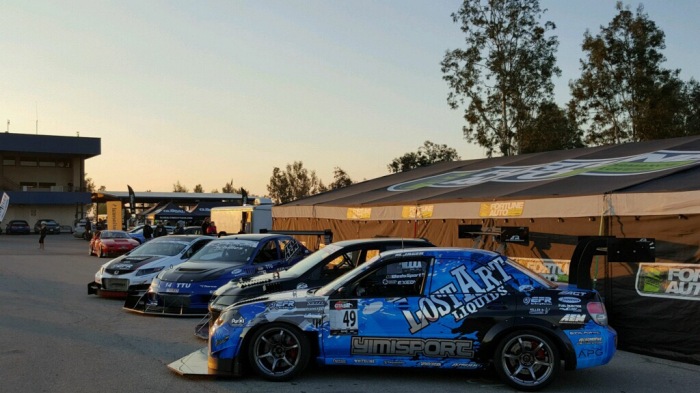 Thank you to all my sponsors and supporters!