A common theme across any of the “greats”, whether they are athletes or artists, is fixation on mastering their trade. This fixation probably resembles what most would call obsession. So, for those of you who are really in hot pursuit of your mastery, you’re likely pouring loads of time, money, and emotion into tracking and racing your vehicles. It’s probably borderline obsessive, as it should be if you really want to get good.

But what does this mean for those other parts of your life? Do you have to be with some equally obsessed to make it work? Jager Racing was curious as to what the relationship climate is like out there for the borderline obsessed auto enthusiast. We took a survey and got a lot of feedback, so thanks to everyone who participated! With that, we also got a lot of good comments, which we’ll get in to, as well.

Overall, the results were surprisingly good.  Most of you are pretty damn happy! But, we also got some feedback that some of you are “ #singlebecauseracecar”. So, let’s break it down.

First, who took this thing? Not surprisingly, 88% of our respondents were male, and 12% were female. Here’s what age looked like: 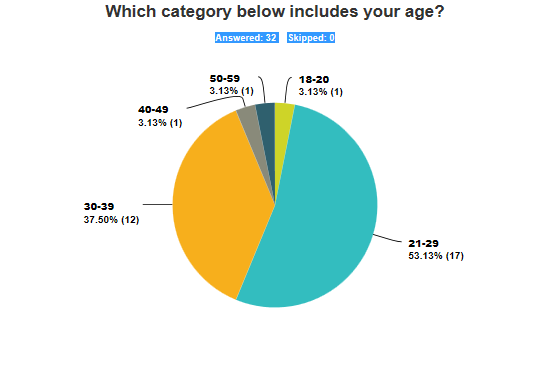 47% of those who answered were married, 35% in a relationship, with the remaining 18% being single. The large portion of married people who took the survey may have influenced the fact that a lot of people reported being happy in their relationship… I supposed if you marry them or stay married to them, you must sort of like them, right? Interestingly, of everyone surveyed, only 6% both race/track.

Time for some good news! When asked if you were happy in your relationship, 84% of you said yes. That’s pretty incredible for the challenge racing can present. You guys are clearly doing something right, and some of you shared your advice, which we will get to at the end. So, who’s unhappy? Most of those who said they were unhappy were married. This also seems logical, as a boyfriend/ girlfriend could be perceived as easier to “get rid of” if they didn’t like or support your lifestyle.

Another interesting finding… It’s not about the money. More people responded (by 10% greater) that the time aspect of racing/tracking causes more issues than the financial aspect.

And even though you guys are mostly happy, 44% said it’s easier to be single and be into cars. When asked if both of you need to be into cars, 56% said no, it wasn’t necessary and 20% that both should be.

So, what to do with all of this information? One of the biggest takeaways is just the fact that there are many people married/ in relationships who are happy. Additionally, the best thing you can do for your partner isn’t shower them with gifts, it seems like people are looking for some special time together.

Finally, let’s hear what you had to say on this topic. The below is advice some of those who took the survey shared:

Well, there you have it. Be supportive, compromise both ways, and make time to do special things together. Trust me, a couple of thoughtful dates will go a long way in making your partner feel valued! He or she feeling valued = less nagging for car related things. Winning all around!