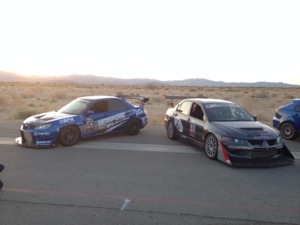 With everything that has been changing with the car in our short California off season I haven’t had much time in the driver’s seat or even on track. In the first round of Redline I was able to utilize Paul Leung’s 2008 STI as a backup car when my car wasn’t quite completed. Now after a much needed engine rebuild including Scat Crankshaft and rods, Aeromotive fuel system, GTSpec Suspension parts, Rays wheels, Borg Warner EFR turbo upgrade, Full-Race components, and some other efficiencies the car was able to make it out to an Extreme Speed Track Events track day for some much needed testing, breaking in, and shaking down. With some minor issues found and fixed we then turned our attention to setting it up for Chuckwalla. 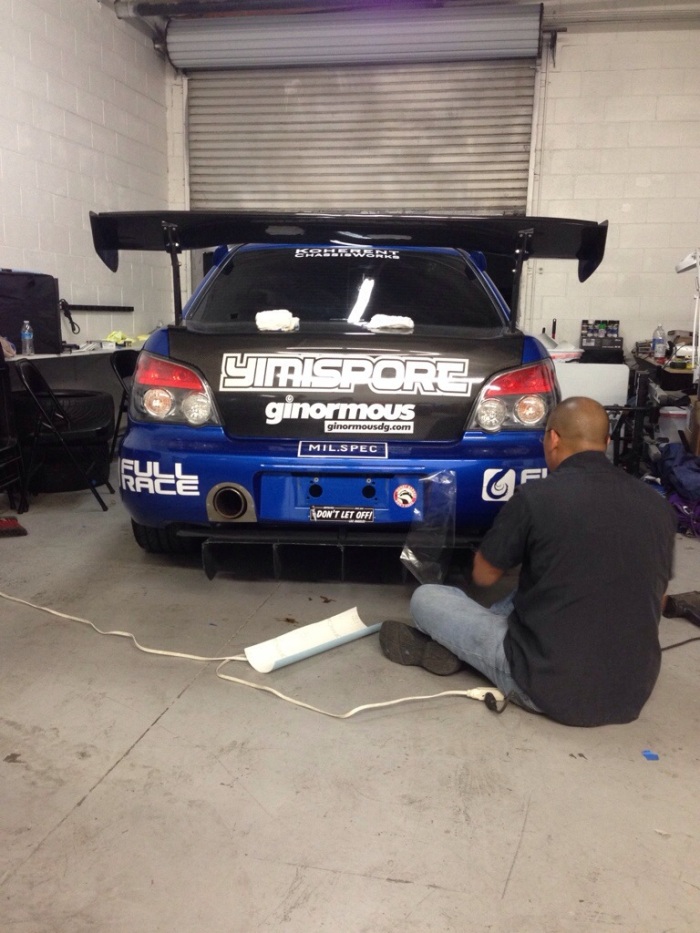 I will say that Chuckwalla is an interesting track that could take many laps to be able to fully comprehend and be able to fully benefit from its outstanding layout. But being it is a track that I have only visited twice and probably for the reason that it is a 4.5 hour trip I can only give it my best and see what comes out the other side. The last Redline Time Attack event at Chuckwalla was full of tough competition and this year would be the same with 8 AWD Street Class competitors all looking for a win. The one I was watching most was Ramon Ornelas of Massimo Power, I knew that he would be on my bumper all day and at the same time he and his family fed us all night (thanks Ray and Daisy). In a place like Chuckwalla where you are basically all alone out in the desert it is amazing to have the Time Attack family style community where everyone helps and shares with everyone, a testament to the joy of the sport. 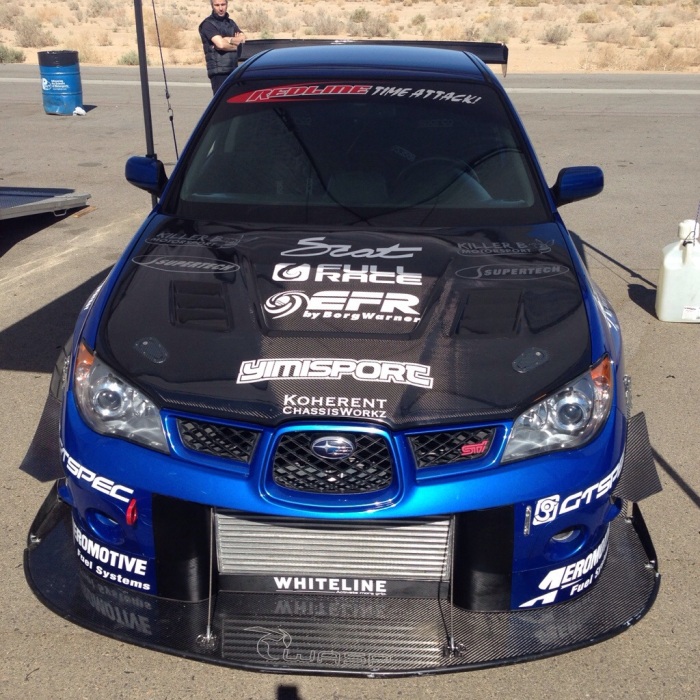 With Saturday practice giving us some overboosting issues on the front straight Paul Leung of Yimi Sport Tuning had to find the optimal boost settings to allow the most out of the Borg Warner EFR Turbo which he did in a hurry allowing us to then move our focus to our suspension and tire settings. Ken Kasitz of Koherent Chassis Workz already had the perfect suspension setup for not only my car but for his own Enthusiast Class WRX. With our prior experience at this track we also knew that we would have to adjust our aero package to compensate for the long double apex sweeping turns that Chuckwalla offers. In practice I was able to get the car to a 1:58.xxx which was already besting the Street class AWD record which I set last year. 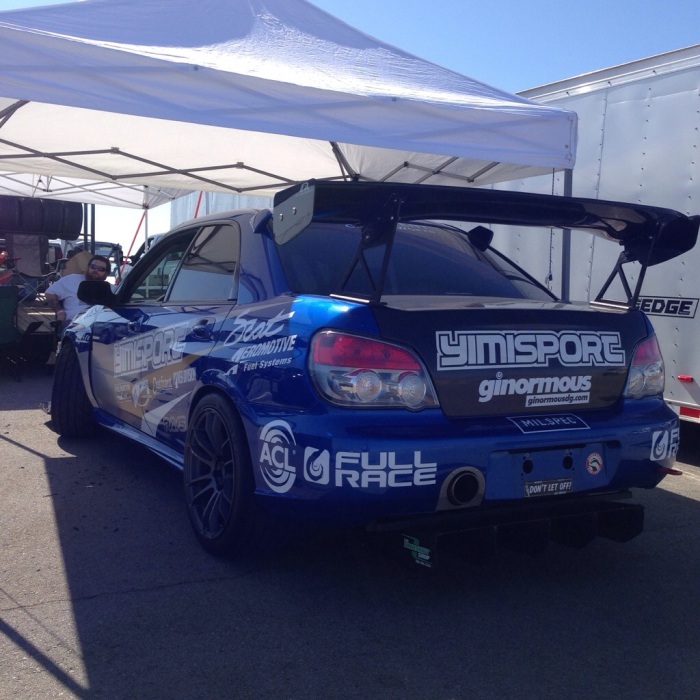 Time Attack Sunday upon us I was ready to really start pushing the car to see what it could do, so I quickly jumped out into the first qualifying session and with the extra speed given by the new power from the motor and turbo as well as the great new braking feel from the AP Racing BBK I was able to lay down a 1:57.xxx. Knowing that without traffic I would be able to go faster as well as that was a scrub in for a new set of Hankook RS-3s on the Rays Gram Light 57Xtremes I felt confident going into the Time Attack. Remember with Redline they only have 2 Time Attack sessions throughout the day where your time can count, which make the pressure to get that one amazing lap that much harder. 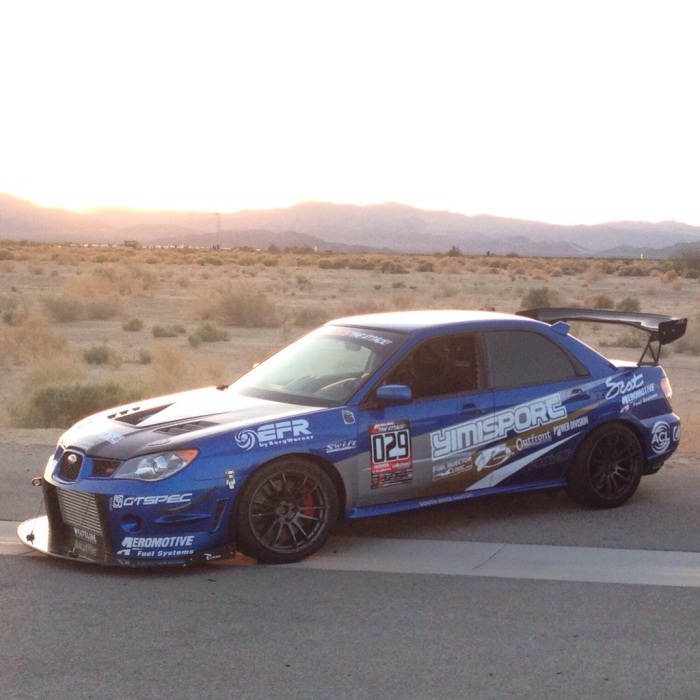 The first Time Attack session went well and left me on top of AWD Street Class and Street Class Overall with a 1:55.5xx although going back to the pits I wasn’t satisfied with the time as I felt as if I had left some improvements out on track. 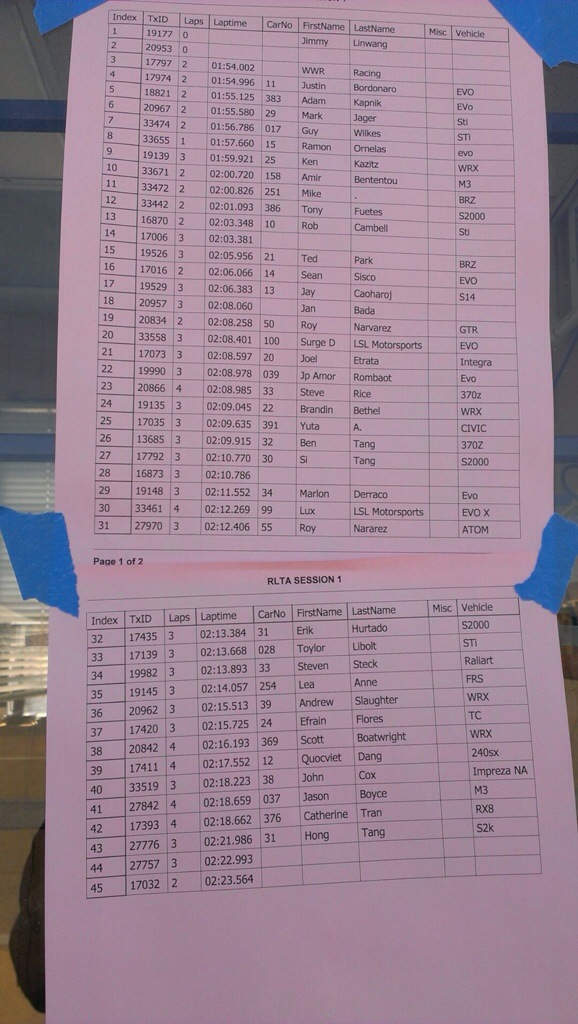 So the team made some adjustments to the car to in order to counter the heat for the later session. We decided not to participate in any of the practice sessions between the time attack sessions as I felt the car was good and I just needed to go out and perform. 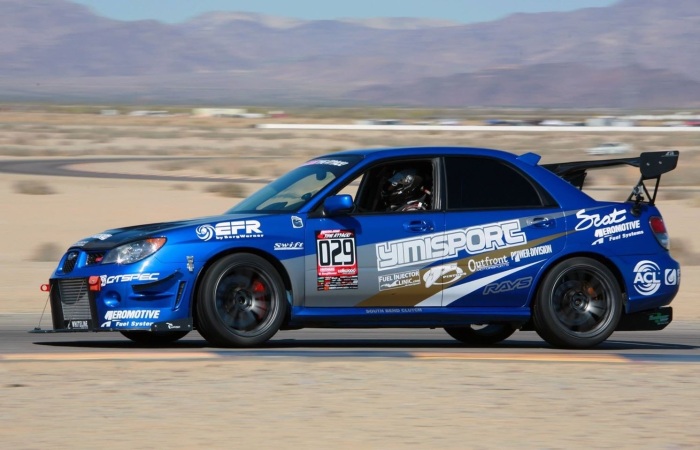 The Final Time Attack session was at 2:55 and by this time it was apparent that the entire team was beat from the long week leading into the event as well as the event itself, I know I was feeling the pain!

But without hesitation everyone got together for one last effort to improve and improve we did to a 1:55.316 setting a new AWD Street Class Time Attack Record as well as a Street Class Overall Record for Chuckwalla Valley Raceway. 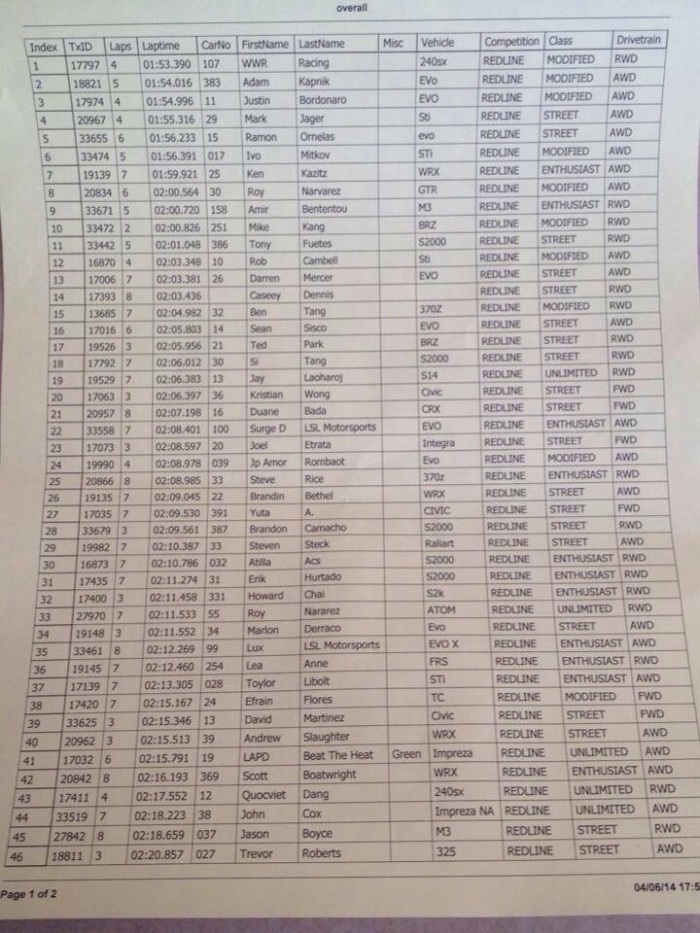 Many other Records were broke as well including Ken Kasitz Breaking the Enthusiast AWD Class and Overall Enthusiast Class Record with a 1:59.921 and Amir Bentatou in Enthusiast RWD with a 2:00.720. 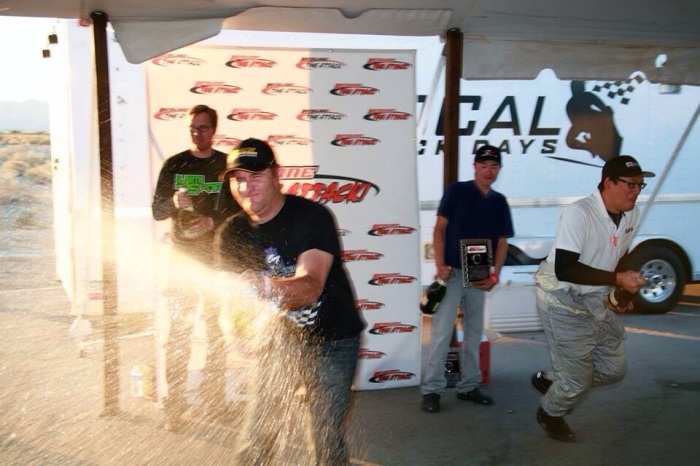 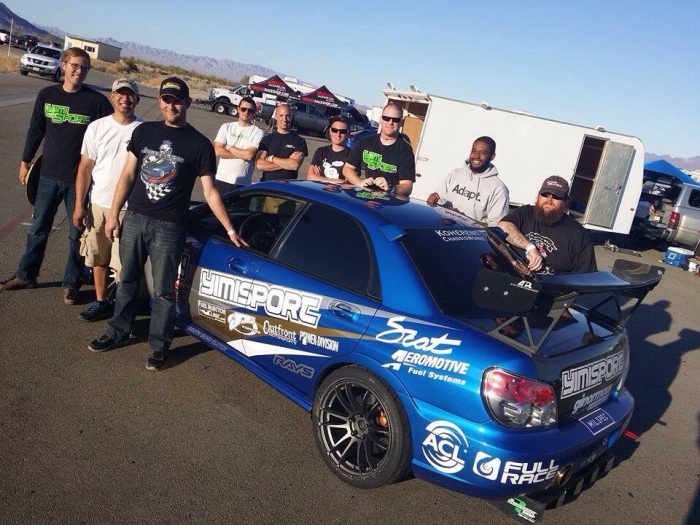